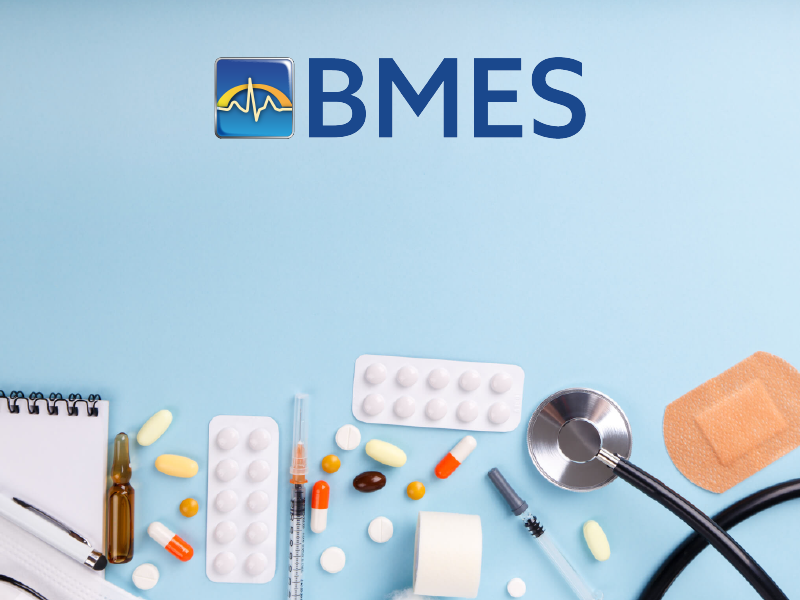 December 1, 2012 marks a special time of reflection for today’s BMES team and all that have been a part of it over the years.

On December 1, 1989, the journey began to build what we all know as BMES today. The founders, Jerry King and Jim Evans, have shared some reflection thoughts with us as we celebrate this accomplishment:

“Wow, 23 years doesn’t seem that long. Some of the early days were very long. For example, in the first week of business, the computer crashed and we lost all of our data. Back then backups were done on a tape drive which also was not working. We had to reconstruct the whole business from scratch. As time passed we managed to assemble a great team. With your efforts, time has flown by and the business is stronger than it’s ever been. Thanks to each of you for making BMES what it is today.”

We did on-site service in the beginning and I know I have traveled to the moon at least twice; I had one hospital that had three technicians. Two would talk about the other tech when he left the room and the one would talk about the other two when they left the room. I guess I was a therapist along with my technical services. I have done three sixties across bridges in West Virginia in the winter. This is when I learned about motels instead of killing myself.

BMES has been very fortunate with selection of employees. I am proud of each and everyone.”

These comments of course only represent a small portion of all of the thoughts, memories, and emotions that I know are present in the founders’ hearts and minds. I am grateful to have had the opportunity to learn about business in the trenches with these two great men, as well as many others that continue to help me develop as we move forward.

As I look around today I can’t help but have a strong sense of pride for all that we as a company and team have been able to accomplish with God’s help. I am confident that the future is bright and I look forward to being able to reflect years from now on all that has come to fruition since December 1, 1989.

Many of you have been involved in my own personal development over the years and I am grateful for that as well. There have been challenges and success experienced, but I wouldn’t change a thing. They have all lead to what we know as BMES today. Growth and personal development can’t happen without a willingness to be challenged along the way.

A big thank you to all of you! As I have said many times, BMES is nothing without the great people we have on the team.

23 years of success is a great accomplishment that we can all be proud of. It’s an honor to be blessed with leading this great team and organization.